“The cost of stepping in, and checking if something’s okay, is close to zero. The cost of not checking, when you think something might not be okay, can be incredibly high.” Lauren R. Taylor, co-director, Safe Bars. “Bartenders in DC are Learning How to Stop Sexual Assault, and So Far, it’s Working,” Upworthy, 9/16

“It’s very interesting that alcohol indicts women and lets men off the hook. For men it’s, ‘I didn’t know what I was doing, I was drunk.’” —Lauren Taylor. “How Bartenders Fight Harassment and Workplace Violence.” CNN, 1/18

Find out how Safe Bars started—and what we’ve done since then. “Training the Folks on the Front Lines of Nightlife Safety—Bartenders.” The Renewal Project, 12/19

For May Day 2019, WPFW-FM asked Safe Bars director Lauren Taylor to host a show on harassment in the restaurant industry. She was joined by bartender Lauren Paylor, Ramya Sekaran of the National Women’s Law Center, LaNysha Adams, a Safe Bars board member, and Eliza Loehr of the Food Education Fund. “Sexual Harassment in the Bar and Restaurant Industries.” WPFW-FM, 5/19

Safe Bars director Lauren Taylor chats with MEL’s Haley Hamilton about how you can easily intervene—quickly and with little drama—when you see something that doesn’t look right. “I Train Bartenders to Prevent Sexual Assault.” MEL, 2/19

“The training includes information about the whole spectrum of sexual violence, from … unwanted staring, to sexual assault and everything in between. We talk about how it happens, introduce a framework for intervention with either the person who’s being targeted or the person who’s doing the aggression.” —Lauren Taylor. “Five Ways Bartenders Are Changing the World.” Spirits Business, 11/18

Safe Bars provides skills for interrupting “sexual harassment no matter which direction it’s going. It could be staff on staff, staff on patron, patron on patron, or patron on staff …. the important thing is that you are in a position to witness it and step up and do something.” —Lauren Taylor. “The Hospitality Industry Looks Inward to Address Sexual Assault.” Imbibe Magazine, 10/18

Safe Bars training emphasizes the “importance of dealing with things when they’re on the lower end, before they escalate.” —Lauren Taylor. “When Dates go Wrong: Bartenders as Guardian Angels.” Cherry Bombe, 5/18

“There aren’t many industries that require working long shifts in cramped, dark quarters doling out alcohol to people; a female bartender in the corner well may be left attending to a patron who’s behaving inappropriately, leading to physical and emotional unease.” “Behind Bars: Bartenders Raise Harassment Issues.” Wine and Spirits Magazine, 3/18

Servers are already good at reading whether people are enjoying themselves, so Safe Bars builds on their existing skills and expertise. “When Harassment Is the Price of a Job.” The Nation, 2/18

“This training reinforces that you play a vital role in the things that occur in your establishment, and that you are an important piece of the puzzle,” says bartender Lauren Paylor. “It helps you see what steps you can take when you encounter these very uncomfortable situations.” “Enlisting employees to help prevent sexual harassment,” Restaurant Hospitality, 10/17

Gazing around the bar looking for help after Mr. Uninvited awkwardly inserts himself in a conversation between you and a friend, a Safe Bars-trained bartender recognizes your plea for help and steps in. “Safe Bars Program Teaches Bartenders Sexual Harassment Intervention.” Find Your Moxie, 3/17

“These bartenders are fighting sexual harassment with a program called ‘Safe Bars.’ ”.Mic, 1/17

“Bar, club and restaurant staff are perfectly positioned to intervene in unwanted sexual aggression. Studies have shown that the environment and the culture around an aggressor can make a difference in their behavior.” Lauren R. Taylor, co-director, Safe Bars. “These Bars Are Training Their Staffs to Step in and Stop Hate Crimes,” Tales of the Cocktail, 11/16

“What they’re doing is specific skills. That’s why that training is so important. It’s not just like: ‘this is sexual assault. Here’s a cheesy 70s video.’ It’s like: ‘let’s role-play. If this happens, you do this. These are your strategies.’ It’s recipes, not philosophy,” —Angie Salame Fetherston, CEO, Drinks Co. “These Bars Are Training Their Staffs to Step in and Stop Hate Crimes.” Tales of the Cocktail, 11/16

“This is our house. People are guests in our house, but there are rules here.” JP Fetherston, head bartender, Columbia Room. “Behind the Bar, In Front Of the Curve: Safe Bars Trains To Stop Sexual Harassment,” DCist,  8/16 “My dream for Safe Bars is that it becomes ubiquitous in D.C. I hope that one day it will be a prerequisite for operating an establishment that serves alcohol.” Sam Nellis, bar manager. “Bartenders in DC are Learning How to Stop Sexual Assault, and So Far, it’s Working,” Upworthy, 7/16

“There was a huge surge [in interest] after the election,” says Lauren Taylor, director of Safe Bars. “Women felt unsafe and upset. It was a breaking point.” “Can the Cocktail Industry Fix Its Sexual-Assault Problem?,” New York magazine’s Grub Street, 7/16

Lauren R. Taylor, founder and director of Defend Yourself, and Jessica Raven, executive director of Collective Action for Safe Spaces, got a grant from Raliance for Safe Bars, where they train bar staff on how to intervene to stop sexual harassment. “Bars Are Learning How to Stop Sexual Assault, and the NFL Is Helping,” Huffington Post, 7/16

The only thing necessary for a rape to happen is the presence of a rapist. Lauren Taylor and Jessica Raven speak out on alcohol and sexual assault. “Without alcohol, we’d still have rape.” The Washington Post, 6/16

“It’s just hard to do, for a lot of people, but what you actually need to say or do is not rocket science,” Lauren Taylor, co-director of Safe Bars, said. “Step Up in the Club,” Slate, 4/14

Find us on social!

CHECK OUR OUR SISTER PROGRAM -- DEFEND YOURSELF -- OFFERING SKILLS FOR STOPPING HARASSMENT, ABUSE, AND ASSAULT

Thanks to our supporters 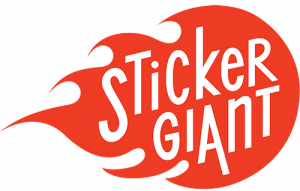